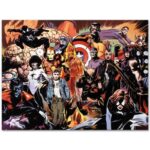 A piece of comic book history, this limited edition, from original art by Tommy Lee Edwards, depicts a multitude of Characters from the Marvel Universe. Tommy Lee Edwards is an American illustrator. Edwards’ varied portfolio includes works created in the realm of comics, video-games, books, advertising, film, and animation. He has worked on film projects, providing the style guides for films like Batman Begins, Superman Returns and Men in Black II as well as providing movie posters, illustrations for role-playing games and other promotional or licensing work. 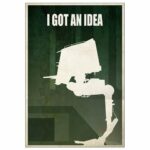 Gorgeous art print from the Star Wars universe! From Star Wars: Episode VI – Return of the Jedi on Endor. Paper giclee is signed and a limited edition of 125 pieces (Item for sale is number 52)

Opening up a large locked barrier door can be a difficult thing to do – especially when you get ambushed by a battalion of Imperial Stormtroopers and AT-ST Walkers. After you’ve gone and defeated the pesky military force that’s impeding your progress, you’ve generally got two options: opening the door gently, or opening it forcefully.

This great Paper Giclee Print reminds you to use the option of force (or Force!) whenever it’s available. Based on that one time when Han Solo et al. handed a crushing defeat to the Galactic Empire with the help of the Ewoks, this great giclée features an image of an Imperial AT-ST Walker with a silhouette image of the Galactic Empire’s shield generator base and the forest expanse of Endor’s landscape along with the famous words spoken by Han Solo, “I got an idea.” You see, after having both his astromech droid, and his love interest suffer injuries while attempting to hack into the barrier door, Han could have had Chewbacca climb down from the AT-ST that he had hijacked and then hack the door, or he could have Chewie stay inside of the AT-ST and open up the door with a much more explosive entry method.

This beautiful I got an Idea giclee has been printed on paper, numbered by artist Jason Christman, is a limited edition of 125 pieces, and measures 19-inches tall x 13-inches wide!

Giclee (pronounced “zhee-clay”) is an invented name for the process of making fine-art prints from a digital source using ink-jet printing. The word was coined to distinguish commonly known industrial “Iris proofs” from the fine-art prints artists were producing on the same printers. The name has since come to mean any high-quality, ink-jet print, and is often used in galleries and print shops to denote such. In the past few years, the word (as a fine-art term) has come to be associated with prints using fade-resistant “archival” inks and the inkjet printers that use them. A wide variety of substrates are available, including various textures and finishes such as matte photo paper, watercolor paper, cotton canvas, or artist textured vinyl.

Other giclees can be found here. 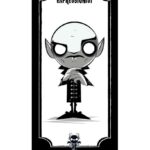 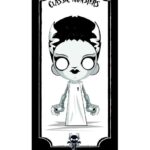 The Bride of Frankenstein Giclee by Juan Rubi 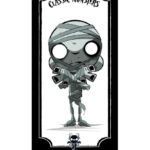 The Mummy Giclee by Juan Rubi 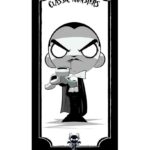 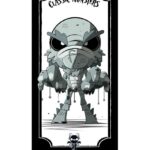 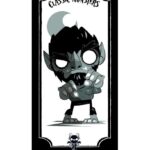 The Werewolf Giclee by Juan Rubi